Are you contacting us today about this puppy?

Thank you for your email.

We will reply as soon as we can.

You Shop. Amazon gives to Lifeline.

Click here to start your shopping at smile.amazon.com and select Lifeline Pet Rescue as your preferred charity.

My name is Home (Special Needs)!

This little boy had a rough start to life, he was found very malnourished and with a skin condition that led to him being shaved from eyebrows to tail. He has been gaining weight well in his foster, but suffers some ill effect from the malnourishment in his front and rear paws (they are very weak bones and have a spread out appearance). He is a special needs pup with a vision impairment that makes him partially blind (and adorably cross eyed, see pic). He gets around ok, with a minor bump into furniture here and there but he will have to be in a place without stairs for him to fall down as anything more than 2-3 stairs is very hard for him to navigate. He would also do well with having another dog around as his sister, 1136, has been his own little guide dog during his time in foster. Despite all that he has a wonderful goofy personality, he's a snuggle bug that wants to be with you at all times and snuggled up on the couch watching TV. 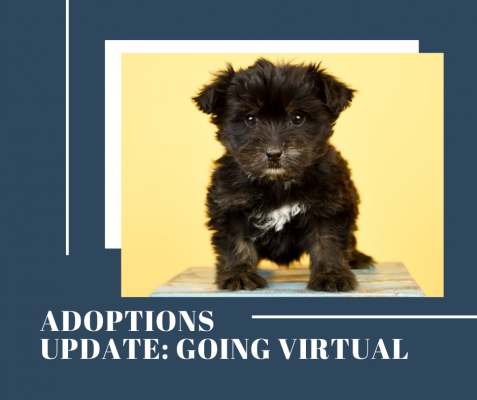 We are changing to a Virtual Adoption Lottery to reduce the spread of COVID-19 and protect the health and safety of our adopters, fosters, volunteers, and staff. To learn more about these changes, click below. Thank you for understanding during these trying times!